This concert is presented in association with the Canadian Online Jazz Festival. To learn more, visit cojazz.ca

You can watch the performance, for free, online at www.facebook.com/saskjazz/ and http://www.youtube.com/user/saskjazztv. 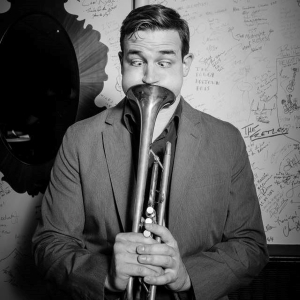 Musician and educator Adam Streisel was born and raised in Saskatoon and is an alumnus of the University of Saskatchewan. He is an accomplished trumpet player who records and performs in a variety of musical styles throughout Saskatchewan and neighbouring provinces. Adam has toured, performed, and recorded with the Randy Woods Band, FunkJoint, Saskatchewan Jazz Orchestra, Gerard Weber Group, Heidi Monro, Bridge City Brass Band, Elim Tabernacle Church, and many other local musical ensembles. 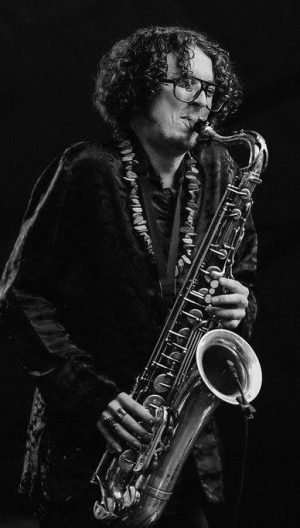 Connor Newton is a freelance saxophonist currently located in Saskatoon, Saskatchewan. Growing up in the small Saskatchewan city of North Battleford, Connor started playing at a very young age.

Connor has performed and recorded with such local acts as Bombargo, JJ White & the Release, Saskatoon Jazz Orchestra, Randy Woods Band, VBND & the Soulmate Collective as well as his own jazz/hip-hop project, Contrafact.

An active professional bassist and educator from Saskatoon, Saskatchewan. Emmett has received both a Bachelor of Music (B.Mus.Ed.) and a Jazz Certificate from the University of Saskatchewan. Always looking for ways to improve, Emmett also spent a year in Toronto furthering his jazz studies at Humber College. There he had the opportunity to take private lessons with Neil Swainson and Mike Downes. In the Jazz idiom, Emmett has performed with artists such as: Jim Brenan, Dean McNeill, Caity Gyorgy and the Saskatoon Jazz Orchestra amongst others. In other genres, Emmett has played with The Saskatoon Symphony Orchestra, Vincent Bélanger, The Amati String Quartet, The Prairie Virtuosi and has performed as a singer, actor and musician for Persephone Theatre. Groups Emmett performs regularly with include: Sons of Django, the Rory Lynch Quartet, Ellen Froese & The Hot Toddies, Minivandal and his own project; The Emmett Fortosky Group. 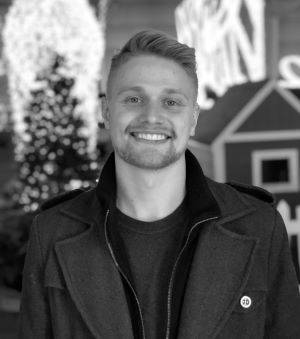 Saskatoon-based drummer specializing in a wide variety of Western music styles. After getting a start in the Saskatoon music scene playing with bar bands during high school, Eric moved to Edmonton where he earned a Diploma of Music at Grant MacEwan University. Playing styles from heavy metal to country to jazz and everything in between, Eric has played with numerous groups, performed all over Western Canada and Europe. Eric credits his love for music to his earliest musical influences: his parents, high school teacher Nick Fanner, and Saskatoon’s most legendary drummer, Brad King.

Erika Rybinski is a trombonist, music educator, and singer-songwriter from Kinistino, Saskatchewan. She is currently teaching high school band, choir, performing arts, and music in Humboldt, SK. Although Erika is primarily a music educator who has taught students from Kindergarten through Post-Secondary, she has shared the stage with many phenomenal musicians in orchestral, jazz, wind ensemble, and chamber ensemble settings, and cherishes performance opportunities. Highlights include performing with jazz trombonists Wycliffe Gordon, Alastair Kay, and Ian McDougall, trumpeters Allen Vizzutti and Bobby Shew, and Canadian jazz pianist, David Braid. Erika has studied brass ensemble repertoire and performance with Jens Lindemann and Alastair Kay at the Banff Centre for the Arts, and jazz composition with Canadian composer and pianist David Braid in Cassalmaggiore, Italy. Erika’s most memorable musical moments include performing as a substitute with the Saskatoon Symphony Orchestra under the direction of Erik Paetkau, with the Saskatoon Jazz Orchestra under the direction of Dean McNeill, and as a featured soloist with the Saskatoon Concert Band in October of 2019. Erika’s musical endeavors can be followed on her Facebook Page and YouTube channel at: “Erika Star.” Erika is very excited to collaborate with talented musicians and friends for this special performance. 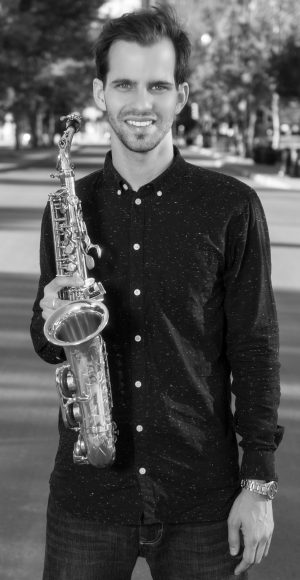 Gerard Weber is currently based in Saskatoon as a performer and educator. In Saskatoon, Gerard has been involved with a number of musical organizations and events, including the Fireside Singers’ productions of Les Misérables, The Wizard of Oz, and Evita, The Saskatoon Symphony Orchestra, the Saskatoon Jazz Orchestra, the North Saskatchewan Wind Symphony, the Strata Festival (https://stratafest.com/), and the SaskTel Saskatchewan Jazz Festival. Gerard’s most recent project, the Gerard Weber Group, focuses on the music of jazz guitarist Pat Metheny and original works inspired by electronic manipulation of acoustic instruments. In the fall of 2020, Gerard began studies at the University of Western Ontario in the PhD in Musicology program. His research interests include Medieval and Renaissance music rhetoric, notation, performance, and analysis, as well as 20th and 21st-century music and aesthetics. 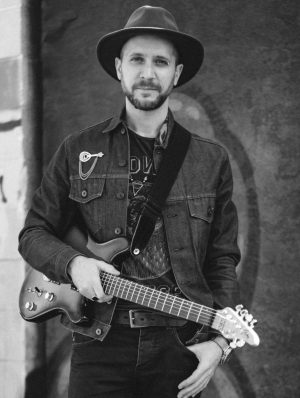 Graham Tilsley is one of Saskatchewan’s most in-demand session musicians. Known for his versatility as a trained multi-instrumentalist, he has travelled across Canada, the US and Europe accompanying a number of different groups. His passion as an accompanist is matched by his love of songwriting, recording, producing and teaching. His education earned him hands-on skills that transitioned him into being a working musician while continuing to study and hone his musicianship. Enriched from music school and eager to stay involved in multiple facets of the music industry, Graham has spent the past decade working as a songwriter, performer, session musician, live sound and recording engineer. 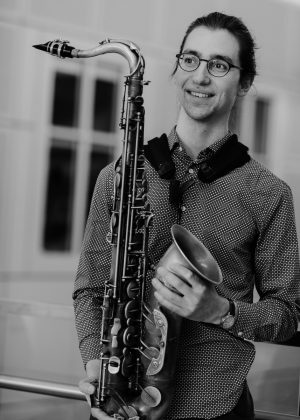 Saxophonist Rory Lynch is an active participant in the Saskatoon jazz scene. His current creative projects include leading a quartet featuring original works, and the genre-bending Prairie Roots Ensemble. As a sideman, he has performed or recorded with the Saskatoon Jazz Orchestra, the Steadies, the Whisky Jerks, Sons of Django, and Joseph Ashong. 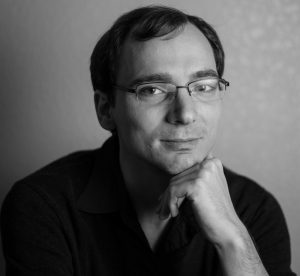 Composer, performer, and educator Paul Suchan graduated with a B.Mus/B.Mus Ed (2007) from the University of Saskatchewan and M.Mus in Composition (2012) from the Université de Montréal where he studied with composer Alan Belkin. Mr. Suchan’s compositions have been performed across Canada, the United States and Europe by leading university ensembles, symphony orchestras, jazz ensembles, community groups, choirs, small ensembles and others. He is the Co-Founder of the Strata Festival of New Music, an annual 3 day festival dedicated to high quality performances and commissions of Saskatchewan and Prairie composers. He is currently based in Saskatoon.

The Saskatchewan Jazz Festival would like to recognize the following businesses and organizations for supporting this project.